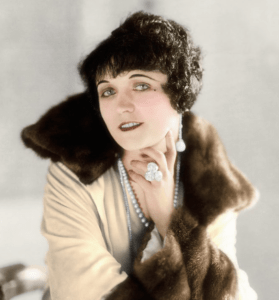 On November 8, 2018, the Polish-Canadian Theater in Toronto treated an FIU audience to another riveting play presented in Polish with English subtitles projected onto the screen. Performed by esteemed mother and daughter actors, Maria Nowotarska and Agata Pilitowska, Pola Negri is an exposé of the life of the Polish American actress, Pola Negri (1894 -1987). She was born Barbara Apolonia Chałupec and performed as a ballerina for the Imperial Ballet Academy of Warsaw, but her dancing career was derailed due to an illness. With her first marriage she became Pola Negri and she soon established herself as a successful stage actress, making her film début in 1914. A few years later she met German director Ernst Lubitsch and together they emigrated to Hollywood. In 1921 she signed a contract with Paramount, the first European actress in history to do so. She quickly became one of America’s most popular and wealthy silent film stars, beloved for her seductive allure and tragic grand dame roles. She was also one of the few actors who was able to transition to speaking andsinging parts. 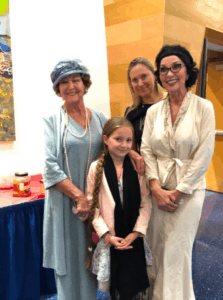 Pola Negri was a style influencer and an undeniable trendsetter, popularizing red toenails, turbans and fur boots. She walked her pet cheetah on the residential streets of Los Angeles, and her passionate relationships with the leading men of the time, Charlie Chaplin and Rudolf Valentino, were daily fodder for celebrity followers. In the 1940s, she officially retired after her years as an important icon of cinema’s golden era, and her contribution to film was recognized in 1960 with a star on the Hollywood Walk of Fame.

The play, written by Kazimierz Braun, took place at FIU Biscayne Bay Campus – Mary Ann Wolfe Theater and marked a wonderful evening of theater and historical significance. A reception was held after the show and approximately 80 guests gathered in the lobby to meet the actors, take photos, and nibble on some canapés. 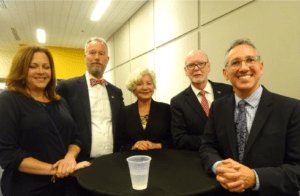 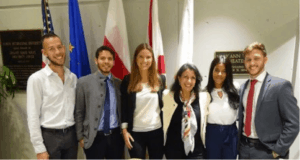 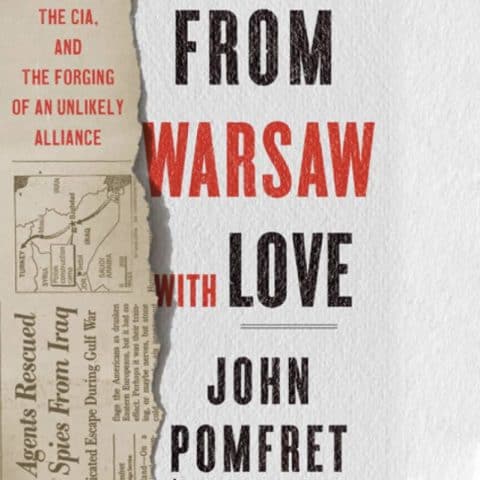 Democracy: Past and Present in Central Europe