The Kościuszko Chair in Polish Studies 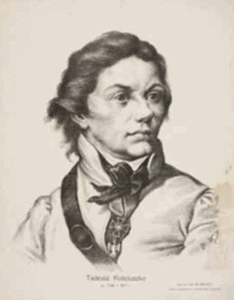 The Kosciuszko Chair in Polish Studies is an integral part of a comprehensive effort to share Poland’s culture and history with the American people. The Chair is the brainchild of Lady Blanka Rosenstiel. Her individual efforts to spread the good word about Poland became first institutionalized as the American Institute of Polish Culture in Miami, FL. The Institute has sponsored a variety of Polish cultural events which, logically, led to the idea of endowing a chair that would serve similar purposes. This would assure the continuity of the mission of transmitting both the true history and good news about Poland indefinitely into the future.
Finding a location for the Chair was a major undertaking. However, among the multitude of her other charitable endeavors, Lady Blanka Rosenstiel was involved with Charlottesville’s University of Virginia, its Miller Center in particular. As its former Director, the gentlemanly Professor Kenneth Thompson, put it: “like Johnny Apple Seed she dropped seeds wherever she went for a program on Polish studies and a Kosciuszko Chair. She helped me remember war time experiences and efforts at the Rockefeller Foundation.
The Foundation sought to preserve priceless fragments of Polish culture at universities and centers through Europe, especially in France.” Professor Thompson participated in the drive to save the shreds of Poland’s heritage that had suffered under the onslaught by the Nazis and Communists during the Second World War. Forty years later, under Lady Blanka’s gentle prodding, he resolved to help showcase that heritage at the University of Virginia.
In June 1989, he hosted a comparativist legal conference on the constitutions of the United States, France, and Poland. After the considerable success of the conference Professor Thompson hosted, over the next decade, thirty fora on Polish affairs at the Miller Center. The speakers included scholars, diplomats, and politicians. Among other things, UVA’s powers-that-be learned from them that Poland had Europe’s first written constitution. They also re-discovered a close friendship between General Tadeusz Kosciuszko, a Polish-American hero in the War of Independence of the United States, and Thomas Jefferson, US President and founder of the University of Virginia. Their copious correspondence is stored at the university libraries. UVA seemed then like a perfect home for the Kosciuszko Chair. Now it needed funds to be brought to life. Lady Blanka, Ron and Pat Trzcinski, and countless other individual and institutional friends, including Drs. Stanisławand Barbara Burzynski, Mrs. Camille Cebelak, Waldemar Dowiak, Harriet Irsay, Professor Julian Kulski, Drs. Chris and Maria Michejda, Thaddeus J. Delekta, Smith-Richardson Foundation, Tenneco, Kosciuszko Foundation, and many others collected the necessary funds to endow the Chair. UVA assured us of matching funds from both the University and the State of Virginia. The fund raising rive was a success, and the initiative had attracted a faithful grass-roots following of benefactors, ready to sustain the operation. On the UVA side, it seemed that the bureaucratic resistance and academic prejudice against a Polish project were broken.
In 1998, the Kosciuszko Chair was unveiled at UVA’s Miller Center with much pomp and fanfare. There was standing room only because “Solidarity” leader Lech Wałęsa was the key speaker in what was to become The Polish Speakers Series, a hugely successful endeavor which would eventually feature a score of the Kosciuszko Chair guests.

At first glance, the Chair’s future appeared secure. Yet, symptomatic problems developed. First, the gentlemanly Professor Thompson retired and the new leadership at the Miller Center grew suddenly uncomfortable about the congruity of the Kosciuszko Chair’s program with one of the Center’s main mission — to study the US Presidency.

Somehow the Chinese Chair functioning at the Miller Center failed to raise similar concerns. Second, some questions arose regarding the role that UVA’s Department of History should play as far as the jurisdiction of the Chair was concerned. Third, the State of Virginia was experiencing a budget crunch which resulted in an unfulfilled pledge of matching funds for the Chair. Fourth, problems developed while searching for a suitable candidate. The eminent British historian Norman Davies, who was to be the original holder of the Chair, declined to be involved with the American academia after his abysmal treatment by

Stanford University in the mid-1980s.
Then, amazingly, UVA thought that the controversial sociologist Jan Tomasz Gross was a perfect candidate (the professor who would write the anti-Polish book, Neighbors, which presented an unsubstantiated indictment of Poles as uniquely responsible for a massacre of Jews that was actually perpetrated by the Nazis during their wartime occupation of Poland.) In contrast, the benefactors of the Chair supported the leading historian of modern Poland, the subtle and incisive Professor Wojciech Roszkowski.
Professor Roszkowski arrived from Warsaw at Charlottesville in September 2000 to assume the Chair. In May 2001, Dr. Marek Jan Chodakiewicz became his assisting professor. The latter, was born in Poland, was acculturated in California, where he also attended college, and received his PhD at Columbia University.
The Chair embarked on several ambitious projects. In addition to administering the Polish speakers series, Professors Roszkowski and Chodakiewicz taught classes on Polish and Central and Eastern European past as well as the Second World War via the Department of History. They further worked on the monumental Biographical Dictionary of East and Central Europe, Professor Roszkowski’s ambitious undertaking with Prof. Chodakiewicz’s assistance.
Meanwhile, between May 2001 and October 2003, Professor Chodakiewicz also authored and co-edited three monographs and three collections of essays on Polish history. The Chair also hosted a few scholars from Poland.
Each of them researched and wrote a serious monograph, while in Charlottesville. Apparently, some in academia found rather disturbing the dynamic growth of Polish studies outside of the politically correct and bigotedly Polonophobic academic mainstream.
In June 2002, finding the ambiance at UVA increasingly less hospitable to his endeavors, Professor Roszkowski resigned his post and returned to Poland. Professor Chodakiewicz took over the Chair pro tempore. Meanwhile, the situation of the Chair within the university became outright untenable. The income of the endowment, though considerably increased by the successful investment of that fund,was by itself insufficient to pay the cost of a full professor. The atching funds on which both the donors and the University had relied to make up the difference were not forth coming because of a budget crisis in the Virginia legislature. The niversity and the AIPC examined all possibilities, and concluded that the best option was to transfer.

Did you Know?
Kosciuszko and Jefferson: 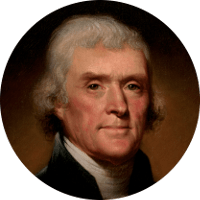 A Friendship Built on Love of Liberty

The friendship between Tadeusz Kosciuszko and Thomas Jefferson began with their common interests in freedom and liberty for their countries. Both men lived in Philadelphia in the late 1790s, and they met frequently, at times almost daily, to discuss important matters of the day. Not only friends, but statesmen who cooperated in their quests to secure independence for their homelands. Kosciuszko left the United States in 1798 on a diplomatic mission on behalf of both countries, a trip that was arranged by Jefferson.
A strong advocate of the Polish cause, Jefferson wrote regarding Poland’s situation at this time: “A wound was indeed inflicted on the character of honor in the eighteen century by the partition of Poland.” Frequent correspondence kept the two in close contact following Kosciuszko’s return to Europe. Jefferson was even elected to the Polish Royal Society of the Friends of Science in 1810. One of their common concerns was the situation of slaves in the United States. In his will, which is in U. VA’s Alderman Library, Kosciuszko left Jefferson his American estate so that it could be used to pursue the causes of freedom and education of American slaves.